This past weekend, we flew down to TX/LA to visit family and attend an event. It’s really expensive to fly directly into Shreveport, where our family lives. So, we usually fly into Dallas and drive the 3 hours via rental car.  The cheapest flight happened to be late Thursday evening- which meant we either needed to get a hotel or drive through the night with a cranky toddler. We elected to stay in a hotel and I jokingly said that we should make the trip down to Waco to see Magnolia Market since we were staying the night. Little did I know that my mother in law was thinking the same thing. They next day, she surprised me with reservations for a hotel a few blocks from the Silos! I screamed like a little girl, and quickly started making a list of all of the things that I wanted to see. It’s not often that I get to check BIG things like this off my bucket list.

We arrived late Thursday night and rode by the Silos on our way to get a late dinner. The property was lit up with twinkle lights and could be seen all the way from the interstate. I could barely sleep that night and was up and ready to go before the sun the next morning. The doors don’t open until 9am, and I really wanted to be early to avoid the crowds with Lela.  We had breakfast at the hotel and ended up getting there right on time. It was cold and windy, so we spent most of our time there inside, but here are a few photos of the outside areas.

Outside at The Silos:

The inside of the market was just as inviting as outside. When you first walk in, you’re immediately met by friendly faces asking where you’re from and how they can help. As I explored the upper level of the store, Mike be-lined downstairs. I figured that he was trying to find a spot less crowded to take Lela, since she was already a bit stir crazy in the stroller. He was actually on the hunt for the one thing that I wanted most of all though. A few minutes later, he came back with the biggest grin on his face and I immediately knew he was up to something. He gave me a kiss and asked “How much do you love me?”… to which I replied, “That depends on what you’re up to.” LOL. When he handed me Joanna Gaines’ brand new book Home Body and showed me the signature, I was on cloud nine. Everything else was just a bonus at this point! 🙂 Yes, I’m a total book nerd ya’ll!!

The inside of the Market was seriously like heaven! I could have stayed there for days on end looking at every single little detail. I only had the morning though, so I had to make the most of my time and see as much as I could. I spent quite a bit of time looking at her florals and admiring the vignettes that had been styled throughout the store. Joanna and her team are extremely talented, and I only hope I can bring a fraction of that creativity into my own home design.

Overall, I had a really great experience at The Silos. I was able to get some really nice Christmas gifts for friends + family and left really inspired. Some of their products are relatively pricy, so it was really important for me to see and touch them in person. We plan to remodel our home over the next year, so I wanted to make sure I was making wise decisions when purchasing items online. Now that I’ve been to their market, I can rest easy knowing exactly what I will receive.

We didn’t get to eat at the Magnolia Table this trip which really had me bummed, but I definitely plan to visit again in the future. Maybe next time, I’ll take a couple of my girlfriends so that I can spend more than a morning there. (Poor Mike!)

We stayed at the Residence Inn Marriott, which was only a few blocks away and was really nice. The Hotel Indigo is also right next door- which has really great ratings, but was sold out for the night we needed it. If you get the chance, I highly recommend making this trip too! 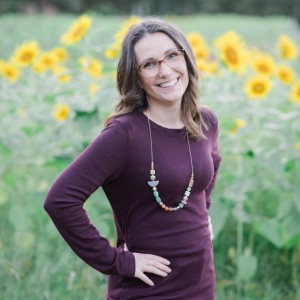 
How are you feeling folks? If you’re like me- yo

This morning I took a huge

“Your little hand's wrapped around my finger
And

Have yourself a merry little Christmas
Let your he

How are you feeling folks? If you’re like me- yo

Today’s The Day!!! This morning I took a huge

“Your little hand's wrapped around my finger And

Have yourself a merry little Christmas Let your he

Maybe, Elves do exist after all?

I have spent the entire last month trying to decid